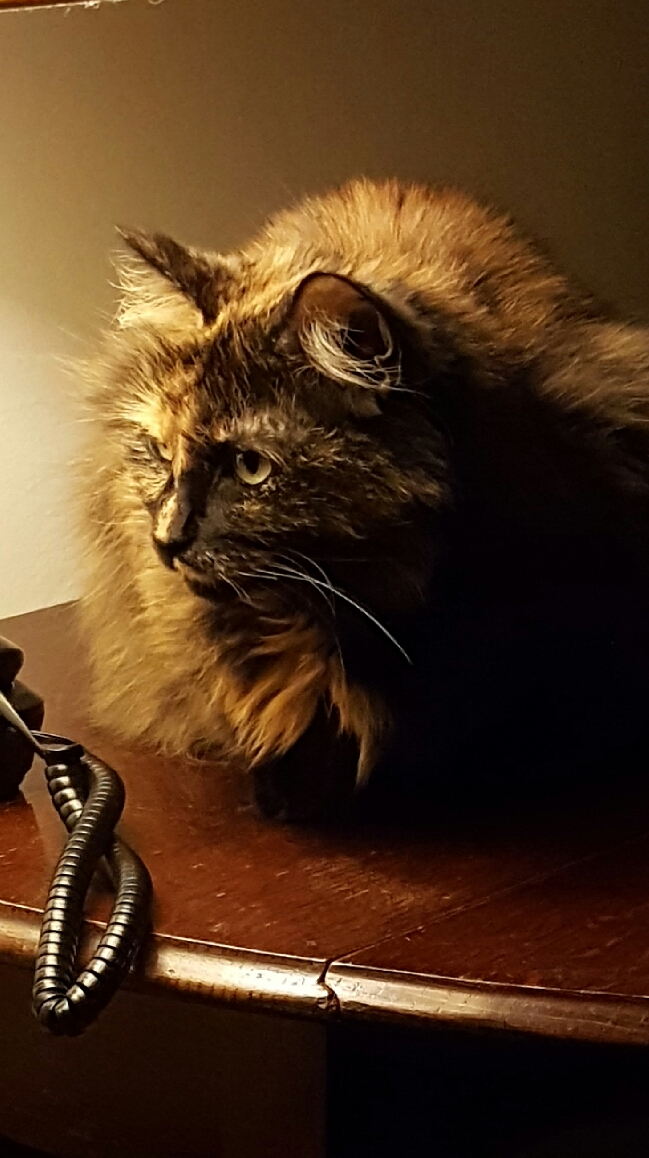 Two years ago, my husband and I became parents to a gorgeous little girl called Boo, who is about to turn 7 years old next month, pictured above. Over the past 2 years Boo and hubby have hit it off … a little too well. 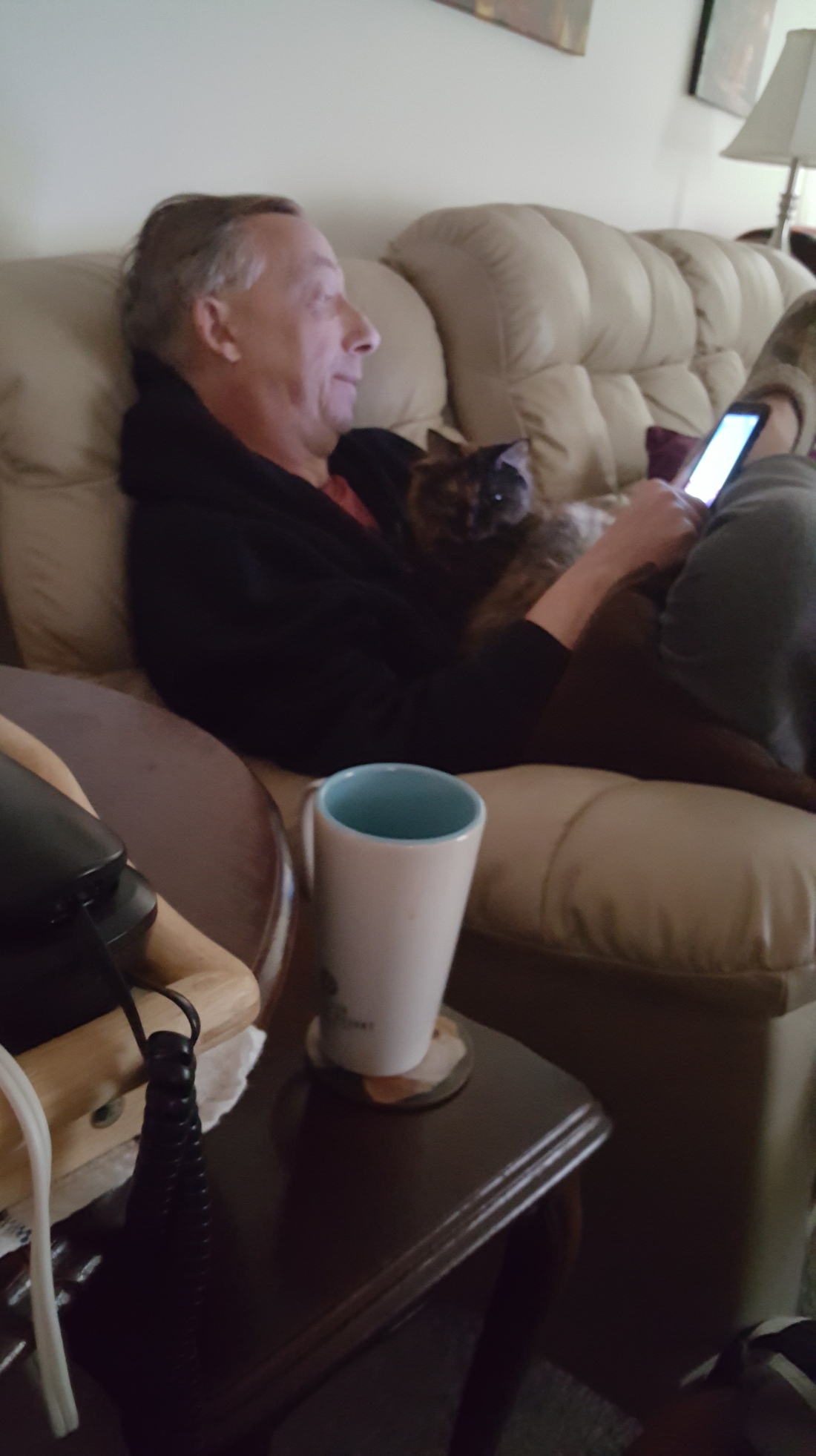 So,we decided to get a younger male cat in order to give me a fighting chance at having some kitty love all my own. A quick trip to the SCPA later and we chose the very handsome Graham, barely seen in the following picture. 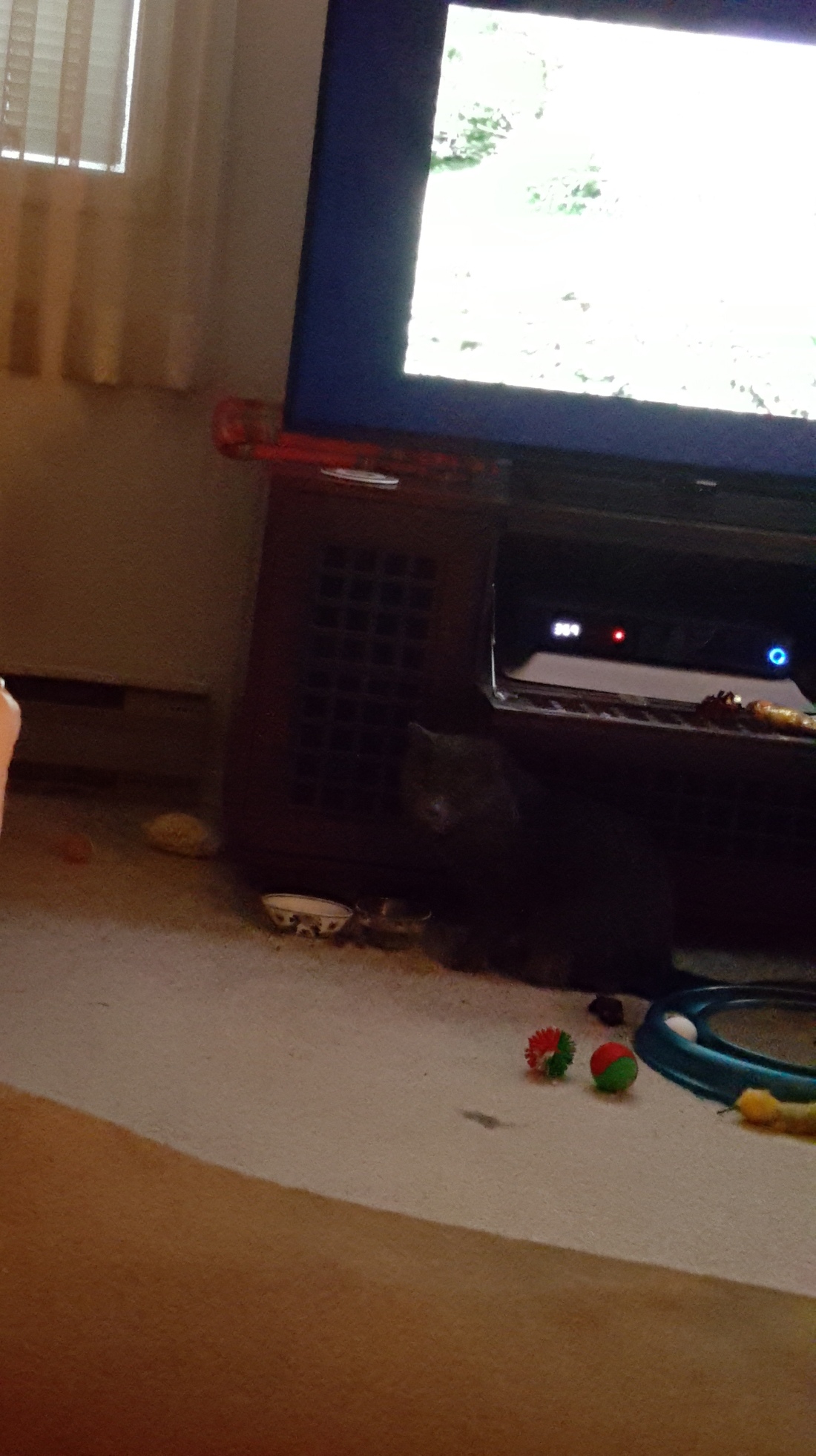 Boo was not happy with the addition for the first few days, growling and hissing at poor Graham, but he stood his ground, as pictured here in a shot of their first staring contest. 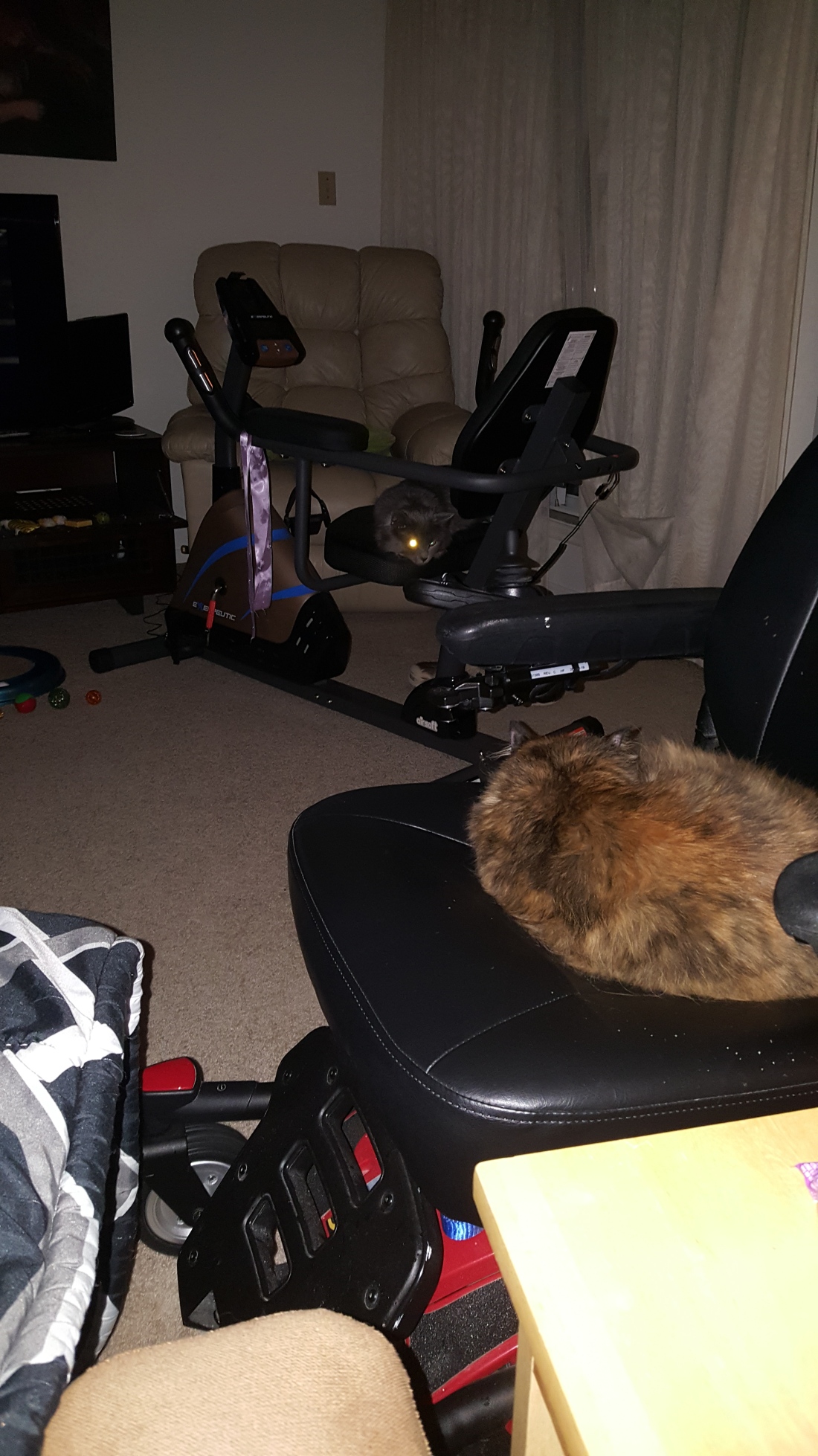 Boo is still a tad cranky 9 days later, but getting better. They’re both giving each other the space they need to settle in. 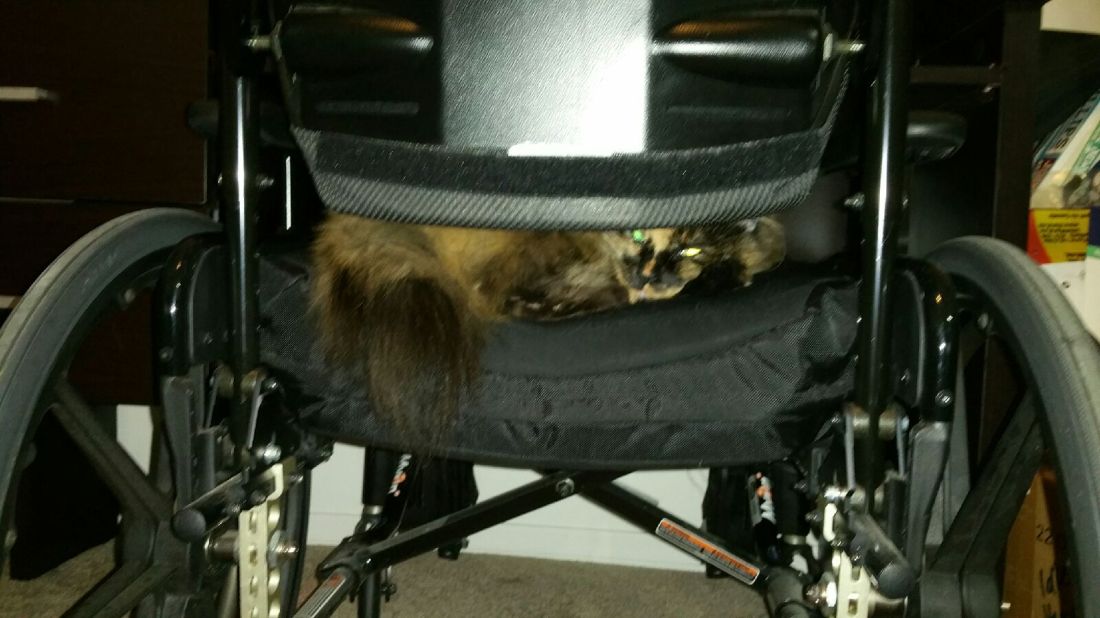 Graham doesn’t like to pose the same way Boo does, so it took some time, but I was able to get this shot that shows off just how handsome he is. At only a year old, his eye color is still changing, right now they’re lightening from a deep amber. I mention this because I have a suspicion that he has some russian blue in him that’ll become a strong suspicion if his eyes turn green, even though he’s loud like a siamese , perhaps a mix of both. Time will tell. For now, he’s a happy, playful little guy, who has made this house that much happier. 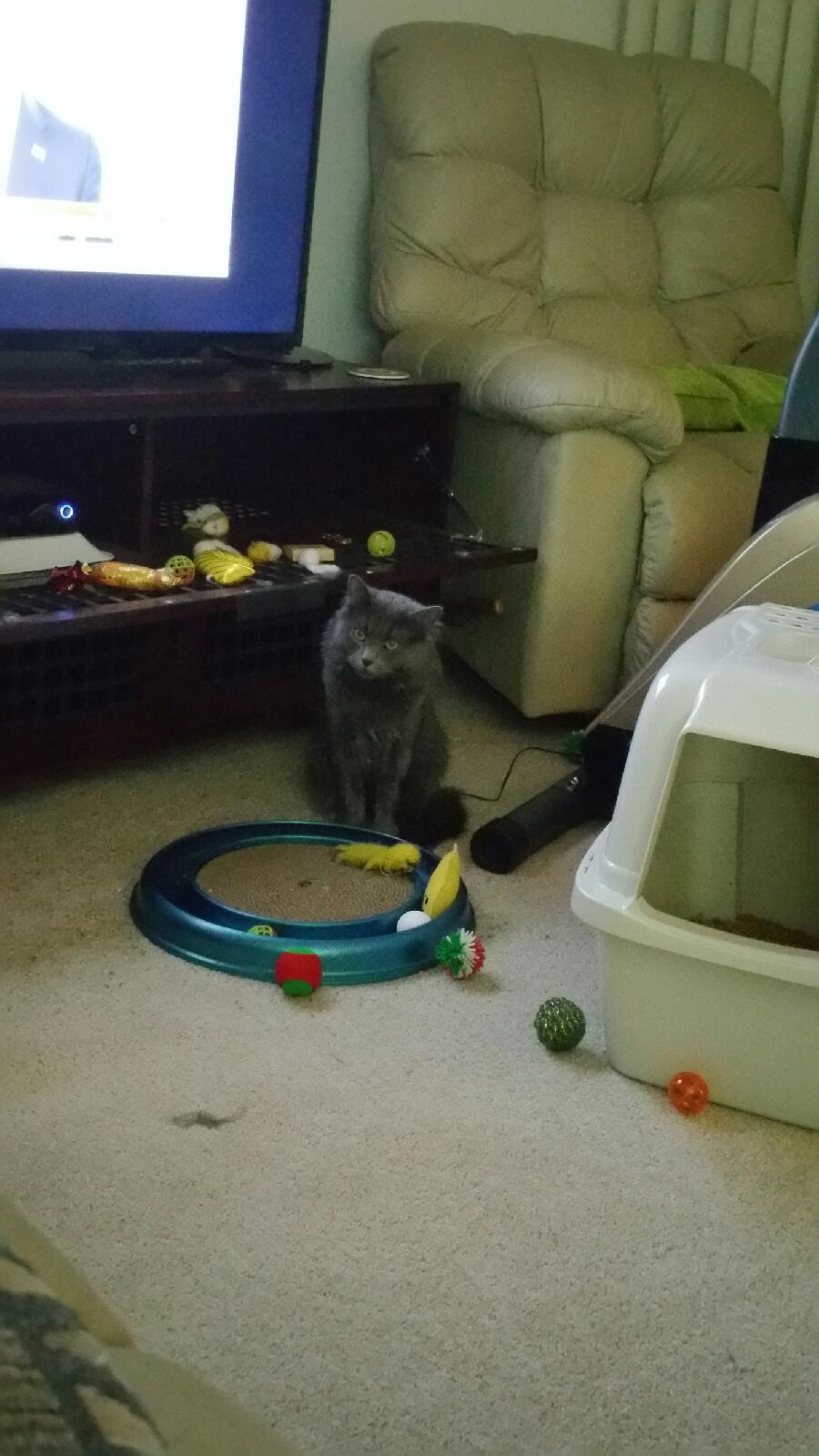 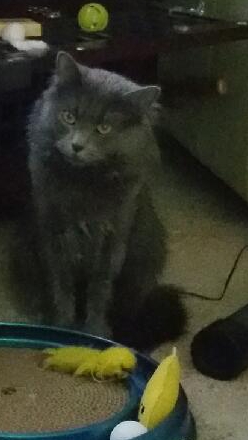 ***There will be a new video update posted by tomorrow afternoon. I’ll be doing something different this time.

3 thoughts on “Our family became a little bit bigger.”