Terry Melcher and his, then, girlfriend, Candice Bergen

Terry Melcher was a well-known record producer for bands including the Byrds and The Beach Boys… but that’s not why he was familiar to me. In 1968, he was introduced by Dennis Wilson of the Beach Boys to an aspiring musician by the name of Charles Manson.

Melcher was living at 10050 Cielo Drive with his girlfriend Candice Bergen at this time. He befriended Manson and had plans to produce Manson’s songs as well as film a documentary about him and the Manson ‘family’. Melcher later decided against both projects and severed all ties with Manson, a decision which angered Manson. Fortuitously, Melcher and Bergen moved from their house on Cielo Drive shortly after this incident. Unfortunately, the house was then rented to Roman Polanski and his pregnant wife, Sharon Tate. There is some speculation to this day as to whether or not Melcher was the intended victim that fateful night, or perhaps the murders were a way of sending a message to Melcher. 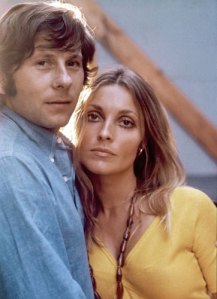 If Doris Day had kept her legs closed in her teens (no judgement), she would not have given birth to Terry Melcher, who would not have been introduced to, given hope to and subsequently rejected Charles Manson, setting Manson on a path that culminated in his ordering a murderous rampage in Benedict Canyon that night (though it’s likely something would have eventually set him off). Roman Polanski and Sharon Tate would have become parents, would possibly still be married and Polanski would likely still be living and working in America , having never been arrested for sexual abuse of a minor (though the tone of his films might have been slightly less dark).

Celebrity Butterfly Effect, a new game created by windupmyskirt (and her Mum), fun for all ages. Soon to be sweeping the nation.